Quote from Tran Thi Nga: Thank you to ACAT 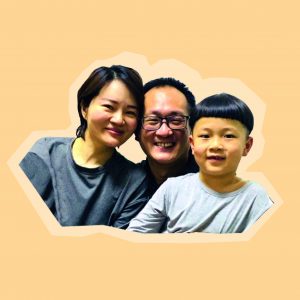 On 27th April 2020, lawyer Wang Quanzhang was finally able to be reunited with his wife and son at their home in Beijing after four and a half years of detention including three years of being kept in secret, two weeks of quarantine and one week of house arrest 400km from his family. He however remains deprived of his rights for five years.

Before his arrest in August 2015, Wang Quanzhang worked for the law firm Fengrui in Beijing. He had specialised in representing defendants involved in sensitive cases in China – political dissidents, journalists, victims of land confiscation, Falun Gong practitioners, etc.

A heavy crackdown on human rights lawyers began in July 2015. Wang Quanzhang was arrested and detained at a secret location for several months without access to a lawyer and without any communication with his family. In January 2016, the authorities announced that he had been charged with “subversion of state authority”. Quanzhang’s indictment makes clear reference to his human rights activities, including his protests against the torture of fellow lawyers and providing legal assistance to Falun Gong practitioners.

What can you do ?
PRAY FOR HIM AND HIS FAMILY! WRITE TO HIM!

To write to him