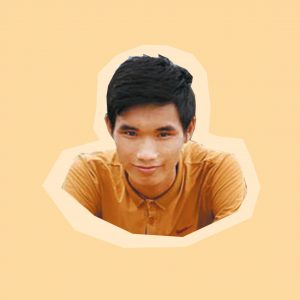 Nguyen Van Hoa is a young citizen journalist who has worked as a video maker for Radio Free Asia, an independent news agency which focuses on Asia and human rights. He was arrested on 11 January 2017 by the police in Ha Tinh, in the north of the country, for “abusing democratic freedoms to undermine the interests of the state and the legitimate rights and interests of organizations and citizens”. In truth, if he has been sentenced to 7 years in prison, it is for having published videos of demonstrations related to the Formosa scandal.

UN Working Group on arbitrary detention considers that “the denial of Nguyen Van Hoa’s liberty is arbitrary” and has called on Vietnam to release him and provide him with compensation for the harm he has suffered.

On several occasions since 2018, this citizen journalist has attempted to lodge a complaint about acts of torture committed both in pre-trial detention and after his conviction. In retaliation, he was beaten by guards at An Diêm prison where he was transferred 500 km away from his family and sent to solitary confinement between May and September 2019. During this period, Hoa was under permanent video surveillance, forbidden to leave his cell and deprived of natural light. The guards also threatened to cut the tendons in his legs.

On 14 September, he eventually joined the prisoners of conscience block in An Diêm prison. Since then, Hoa has been suffering from ear infections and has difficulty swallowing, chewing and hearing. His family is concerned about his health and is asking for the support of international organizations to obtain his release.

Although his detention has been recognized as “arbitrary” by UN experts, he continues to face threats and ill-treatment behind bars.

What can you do ?
PRAY FOR HIM! WRITE TO HIM!

To write to him