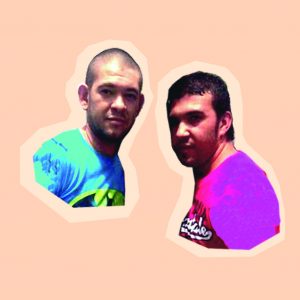 Since 2006, Mexico has been the scene of a very disturbing “human rights crisis”. The”war on organized crime” by successive governments has only added massive human rights violations to the violence of cartels and other criminal gangs.

It is the civilian population that is caught up in the vice. The most vulnerable groups (inner-city youth, women, indigenous people, and migrants) pay the highest price. Homicides, torture, arbitrary arrests, disappearances, extrajudicial executions, etc… All the figures are alarming.

Generally, the authorities, often corrupt, do not carry out any serious investigations. The rate of impunity for human rights violations is around 98%.

It is against this backdrop that on 18th January 2012, three brothers, Juan Antonio, Jesús Iván and Luis Adrián (then a minor) Figueroa Gómez were taken away without an arrest warrant by the Chihuahua Public Prosecutor’s Office police. They were held at a secret location, tortured and presented to the media as members of a racketeering gang. The youngest brother was finally released in August 2013 and the other two in June 2014.

In all three cases, the incidence of torture was established. However, the complaints against the police officers have not been addressed. The brothers and their family are constantly threatened and intimidated to force them to give up pursuing the torturers and to drop their complaint.

Protection measures have been requested from the Victim Care Unit of the public prosecutor’s office and the Chihuahua Human Rights Commission. However, even the latter does not fulfil these obligations and has allegedly blackmailed the family. If the family wants safe accommodation in another city, they will have to give up the support of the Paso del Norte Human Rights Centre (ONG), which has given them assistance from the beginning.

What can you do ?
PRAY FOR THEM! PRAY THAT THEY WILL RECOVER THEIR RIGHTS! WRITE TO THEM!

To write to them (in spanish)