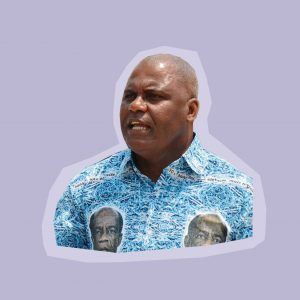 Right in the middle of the campaign for the August 2016 presidential election, while the outgoing candidate Ali Bongo was travelling through the Haut-Ntem district, Bertrand Zibi Abeghe, then a Member of Parliament of the PDG (ruling party), decided on 23rd July 2016 to publicly resign from the party. He did this in front of Ali Bongo, in the middle of a meeting. One month later, on the night of 31st August, the day of the proclamation of the controversial results of the election that gave Ali Bongo the victory after a non-transparent electoral process, he was arrested at the headquarters of opposition candidate Jean Ping. He spent the first four days of his detention at the National Bureau of Investigation, where he was held incommunicado. He was subjected to violence and then transferred to Libreville Central Prison. On 25 September 2017, after eight months of being held on remand, the Gabonese courts informed Bertrand Zibi Abeghe that he was being prosecuted for “illegal possession of a firearm” (a weapon that the Gabonese authorities have to date refused to have analysed despite requests to this effect from the defence lawyers), “failure to assist a person in danger” and “crime against public peace“. His last meeting with the magistrate was in May 2018. Since then, he has had no news from the judiciary. According to the Gabonese code of criminal procedure, the examining magistrate must complete his investigation within a maximum of 18 months. Given that Bertrand Zibi Abeghe has been held for more than 28 months, his detention is now clearly illegal. His lawyers have filed several requests for provisional release which have been denied each time by the examining magistrate. For Jean-Paul Méthode Imbong Fady, the defence lawyer, there is no case against his client. Bertrand Zibi Abeghe is a political prisoner, detained for having had the audacity to resign from the ruling party before President Ali Bongo, and in the middle of the electoral campaign.

Bertrand Zibi Abeghe has been beaten several times in detention. On 15 January 2018, he was battered after a mobile phone was discovered in a cell he shared with other detainees. He was then chained, hooded and beaten by ten men until he lost consciousness. He was afterwards placed in solitary confinement for “being in possession of a mobile phone “. His lawyers, who visited him two days later, on 17th January, found Bertrand Zibi Abeghe haggard, walking with difficulty and his body covered in bruises. He told them that he had not eaten or drunk anything for three days. A complaint of torture was filed by his lawyers. This complaint was rejected without justification. Bertrand Zibi Abeghe was deprived of food and water on several occasions for several days in a row. He has also been subjected to unjustified disciplinary measures, including solitary confinement in a dark cell with only a few air holes; a cell where the temperature is extremely high. Today, Bertrand Zibi Abeghe has been detained for almost 4 years in the disciplinary unit called “C.A” together with about 90 other prisoners. In July 2019, he was sentenced to 6 years in prison. He recently filed a request for release but the Libreville Court of Appeal refused to judge the matter on the grounds that it had no jurisdiction. This decision was announced on the 24th of February 2020, with the case adjourned to a later date.

What can you do ?
PRAY FOR HIM! PRAY FOR HIS RELEASE! WRITE TO HIM!

To write to him (in french):