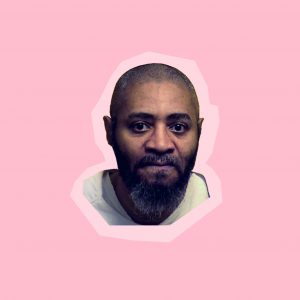 David’s situation is akin to torture in several ways: In principle, those sentenced to death have the same rights as other detainees, guaranteed by the Nelson Mandela Rules. Yet the US violates several of these minimum standards when it comes to most of its death row inmates:

Ohio’s 141 death row inmates are kept in solitary confinement for at least 20 hours a day, often more. This prolonged solitary confinement, for an indefinite period of time and exceeding 15 days, constitutes cruel, inhuman or degrading treatment or even, depending on the case, torture.

-Other undignified conditions of detention:

Convicts are only allowed to go outside for one hour a day, only five times a week. They are entitled to only two visits without physical contact, twice a month and for a maximum duration of 4 hours. Several convicts have already indicated that the prison is dirty, old and very dilapidated: as a result, many convicts would fall ill. Some found dead rats. The water is unfit for consumption.

This is a psychological disorder that happens in those on death row due to the constant uncertainty and anxiety about the prospect of execution. In Mohammad’s case, this shadow has been hanging over him very concretely for 3 years. Mohammad David Sneed suffers from mental illness and has cognitive impairments bordering on intellectual disability. He has been diagnosed with “severe manic bipolar disorder and schizoaffective disorder involving hallucinations and delusions”. He has an IQ that is significantly lower than average. At his trial, two psychiatrists agreed that his mental illness and reduced intellectual capacity prevented him from understanding the criminal nature of his actions. David also suffered serious physical and sexual abuse and neglect as a child. He was abused on different occasions by members of his foster family, a neighbour and his mother’s boyfriend.

All these extenuating circumstances should have voided a death sentence for him and, in any event, should have prohibited his execution.

It is illegal to execute a person with an intellectual disability and/or mental illness in the United States. Nevertheless, David may appear to be stabilized by psychotropic drugs, leading the authorities to ignore these issues.

What can you do ?
PRAY FOR HIM! PRAY FOR HIS CONDITIONS OF DETENTION! PRAY THAT HE WILL NOT BE EXECUTED! WRITE TO HIM!

To write to him in English:

My thoughts are with you and I wish you

strength and courage in this ordeal.