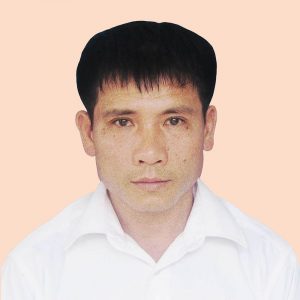 Nguyen Trung Tôn, a Protestant pastor, was sentenced to 12 years in prison in April 2018.  He is subjected to intolerable conditions in detention, putting his health in jeopardy.

A defender of human rights, he speaks out for democracy and freedom of religion in Vietnam.  He is also president of the Association for Democracy, an independent civil organization that uses the internet to promote human rights and coordinates the actions of several pro-democracy stakeholders in the country.  A former prisoner of conscience, he was arrested on July 30, 2017 in Ho Chi Minh City and placed in preventive detention for “activities aimed at the administration of the State” in accordance with article 79 of the penal code of Vietnam.

During this time, his health severely declined.  Throughout his previous incarceration between 2011 and 2013, Tôn was a victim of unbearable conditions, abuse and mistreatment by the prison guards that harmed his health.  The pastor continues to suffer from eye problems as well as kidney stones.

In April 2018, Tôn and five other members of the Association for democracy were condemned to harsh sentences: the pastor had to spend twelve years in Vietnamese jails, followed by three years of house arrest.  In October 2018, his health deteriorated in prison.  His kidney problems got worse and he now has trouble walking because of the after-effects of leg injuries as a result of a violent attack in February 2017.  He has not received any medical treatment since his arrest and he is not being given the medicine sent by his family.

To write the following words :

We will forward your messages to his family.