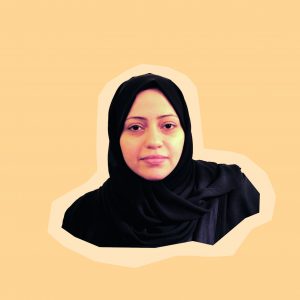 Since the brutal murder of Saudi journalist Jamal Khashoggi on the premises of the Saudi consulate in Istanbul on the 2nd of October 2018, international opinion has begun to take note of the many cases of human rights violation in Saudi Arabia.

This situation is far from new and has deteriorated with the rise of Crown Prince Mohammed Ben Salman (also known as MBS) within the Saudi regime. Behind a reformist-liberal facade, he has led a clampdown on any dissident or opposing voices.

During the summer of 2017, a first wave of arrests especially targeted Saudi clerics, intellectuals and activists. In 2018, another of repression was aimed at women’s rights activists, including Samar Badawi, who was arrested in July 2018.

On 30 July, Samar Badawi will have spent two years old in Dhahban prison near Jeddah. A year ago, together with Nassima Al-Sadah, another human rights advocate, she was swiftly tried and charged under Anti-cybercrime Law and faces up to 20 years in prison. She did not have her second hearing until February 2020.

Although Samar receives visits from her relatives, she has no possibility of contacting a lawyer to put together her defence. She is among a number of activists who have reportedly been subjected to physical and sexual violence during interrogations.

This is not the first time Samar Badawi has been in prison. Her struggle began in 2008 when she left her father’s home and accused him of abusing his custody rights. Imprisoned for seven months in 2010 in this affair, she was released under pressure from an international campaign. As soon as she was released, she took part in the Women at the wheel campaign (#WomentoDrive) and also campaigned for the right to vote. In 2014, she fought for the release of her brother Raïf Badawi, also a human rights activist, and her husband Waleed Abulkhair. In 2016, she was briefly arrested and taken to Dhahban prison, where her brother Raif Badawi is also being held.

To write to her