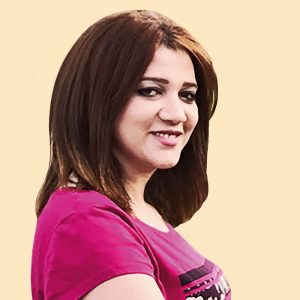 An Egyptian defender of human rights, Amal Fathy suffered judicial harassment from the Egyptian authorities who brought charges against her in two separate cases.

She had been arrested for having published a video on the Internet in which she criticized the authorities for not fighting against sexual harassment.

For 8 months in 2018, she was in pretrial detention, but she is currently under house arrest. On December 30, 2018, she was sentenced to two years in prison for publishing fake news that threatened national security, possession of indecent materials, and publicly insulting the government.  She is still under house arrest while her case is being appealed.

In the other case, she was accused of belonging to a terrorist group, because of her participation in the youth movement of April 6th.  This large organization advocates for democracy and social justice and played an active role during the revolution and throughout the post-revolutionary transition period.

Following the coup and massacre of Rabaa in 2013, the efforts at repression focused on the militants of the movement.  At this time, Amal withdrew from politics.  In 2014, she married Mohamed Lotfy, co-founder and executive director of the Egyptian Commission for Rights and Freedoms.

Recipient of the 2018 Franco-German Prize for Human Rights and the Rule of Law, Mohamed was convinced that the lawsuits against his wife were also intended to harm him.  Incidentally, his NGO closely monitors cases of enforced disappearances in Egypt and because of his NGO’s work, he is under a lot of pressure.

While in detention, Amal’s state of health deteriorated: she has shown signs of depression, has suffered from acute stress, and her right leg became paralyzed.  Today, she is still in danger of going to prison for these two cases.

Her husband recently wrote to the Egyptian president, asking him to give his wife a presidential pardon.

To write the following words:
« My thoughts are with you and I wish you strength and courage in this ordeal. »

In order to write to Amal :