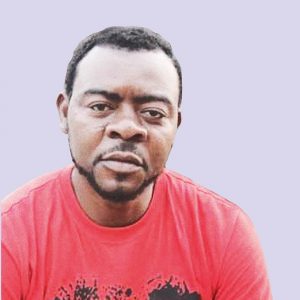 Mancho Bibixy is serving a sentence of 15 years in prison.  At the end of 2016, he was accused of the crime of having wanted to peacefully exercise his right of freedom of speech, expression, association, and assembly in the Anglophone region of Cameroon.

He was found guilty and sentenced by a military tribunal on the basis of a repressive antiterrorism law from December 2014.  Mancho is being detained in a central prison in Kondengui in Yaoundé, the capital of Cameroon.  Like many people of Cameroon, the former journalist recognized the serious deterioration of the security situation in the native Anglophone region of Cameroon, which today faces a civil war between Anglophones in favor of independence and the defense and security forces of Cameroon.  On January 19, 2017, the date on which Mancho was arrested, the situation in the Anglophone region was not as dire as it is today.

People were peacefully protesting to denounce the marginalization they faced from the central government.  However, the response of the authorities was very violent: a crackdown on demonstrations (including using live bullets), mass arrests, torture, humiliation, and intimidation tactics . . .

On May 25, 2018, Mancho Bibixy was sentenced to 15 years in prison.  He was found guilty of “acts of terrorism,” and “hostilities against [his] country—secession, revolution and insurrection” by the military tribunal of Yaoundé on the basis of law number 2014/028 from December 23, 2014 concerning the suppression of acts of terrorism.  His lawyer has appealed.  Like all prisoners of conscience, his place is not in prison.

To write him the following words :