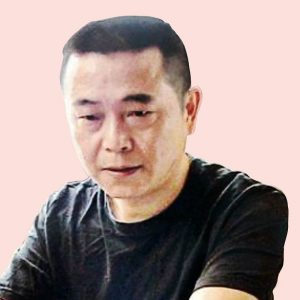 Huang Qi is a journalist and a defender of human rights, detained for more than two years in the south of China.  His trial was held in secret on January 14th, 2019, but no verdict has been announced.

Qi is the founder of the independent news website, 6Tianwang, which has since 1998 documented Chinese human rights violations, resulting in the site being censured in continental China.  The journalist had already been sentenced to prison twice after publishing articles about the repression of the pro-democracy movement of 1989 (5 years in prison) and investigating the potential flaws in the infrastructure that led to the death of thousands of students after a 2008 earthquake (3 years in prison).

On November 28, 2016, Qi was arrested again, accused of “divulging the secrets of the Chinese government to foreign countries,” an act considered worthy of the death penalty according to the existing legislation.

Throughout the course of his 26 months in the penitentiary center, Huang Qi was tortured and subject to abuse by police officers and beaten by other detainees.  He was also refused care in the hope of getting him to confess.  Despite these attempts, he continued to refuse to plead guilty.

The abuse he endured was all the more disturbing since the journalist had contracted significant physical ailments during his previous stays in prison and labor camps.  He suffered most notably from a chronic kidney disease, hydrocephalus, and other heart and liver conditions.  Qi’s loved ones feared that he would not survive under these conditions.  His 85-year-old mom fought relentlessly for the release of her son and was subject to constant harassment from the police.  His lawyer was disbarred for a few weeks after the hearing.

To write the following words :
« My thoughts are with you and I wish you strength and courage in this ordeal. »

To write to Huang Qi :