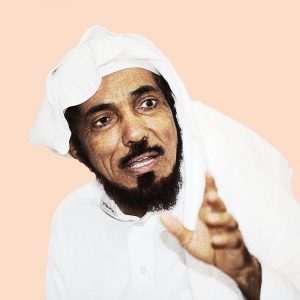 Salman al Awdah was arrested in September 2017 at the beginning of a wave of repression against political dissidents in the Saudi kingdom. This extremely popular religious preacher from Saudi Arabia (with 13 million followers on Twitter) faces the death sentence, as it was requested by the Saudi prosecutor in September 2018.

Appearing before the special tribunal of Riyad in charge of terrorist cases on a national level, Salman al-Awdah faces 37 counts, none of which have been made public.

On 3rd February, 2019, a Saudi attorney rescheduled his hearing for the third time, according to his son Abdullah al-Awda’s Twitter account.

Salman was a prominent member of the Islamist movement Sahwa in the 90s, which opposed the presence of US troops on Saudi soil following the invasion of Kuwait by Iraq.  He became an influential religious person, committed to the struggle for reforming the Saudi regime into one of democracy and freedom.  In 2011, the grassroots movements shaking up the region looked favorably upon Salman’s aims.  He continues to advocate for a political system that respects the rule of law and freedom of expression.

He was arrested when he refused to publicly support Riyad in the conflict with the neighboring kingdom of Qatar.  Saudi militants declared that the brother of Salman, Khaled, had also been arrested for having revealed the arrest of his prominent religious brother.

To write the following words :

To write in English to his son :