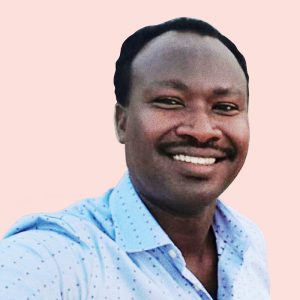 On April 26, 2018, Germain Rukuki was sentenced to 32 years in prison by the district court of Ntahangwa, as a result of an unfair judiciary procedure tarnished by many irregularities.  On the basis of false accusations, without any tangible evidence presented, Germain was convicted for “an insurrectional movement,” “undermining internal state security,” “rebellion,” “killing military officers, police, and civilians,” “damaging public and private buildings,” and a “desire to change the democratically elected regime.”  The trial was held in secret.  When the sentence was read, neither Germain nor his lawyers were present in the room.

His crime?  Being a member of ACAT-Burundi.  Like almost all of the NGOs defending Burundian human rights, ACAT had been forbidden since 2015.

Since ACAT members opposed President Pierre Nkurunziza, they were silenced by being imprisoned, exiled, or killed.  After many accidents in detention, Germain Rukuki requested, but did not receive, interim release for medical reasons.  Germain has been detained since July 2017.  He has appealed his sentence.  The court should have made a decision by the last week of 2018, but a judgment still has not been announced.  In November 2018, the African Commission for Human Rights urged Burundian authorities to “free all people arbitrarily detained, particularly those defending human rights.”

To write to Germain :

We will forward your messages.