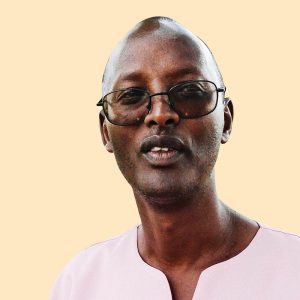 Déogratias Mushayikdi has been imprisoned for 9 years, with his situation nearly forgotten.

After being threatened, he went into exile in Belgium in 2000 where he mobilized Hutus and Tutsis in order to peacefully create political change in Rwanda.  In 2009, he met with representatives from the African continent and tried to bring together the Rwandan diaspora.

His exile ended in March 2010: he was arrested in Tanzania with an expired visa on a fake Burundian passport.  He was taken to Rwanda, where he was sentenced to life in prison by the High Court of Justice.  He was quickly tried without testimony, recognized as guilty of “false declaration for obtaining a Burundian passport, spreading rumors, inciting civil disobedience, and recruiting an army for attacking the administration in power.”  He appealed, but the Supreme Court upheld the sentence.

Since then he has been imprisoned.  Without family in Rwanda, he doesn’t receive many visits.  The international community has forgotten him and does not advocate for his release since he was sentenced and detained in Rwanda.  Though the opposition candidate, Victoire Ingabire, was freed at the end of 2018 with 2,140 other detainees, Déogratias remains hopelessly imprisoned.  However, he has never been violent and has always worked for a Rwandan nation united in peace.

We will forward your messages.