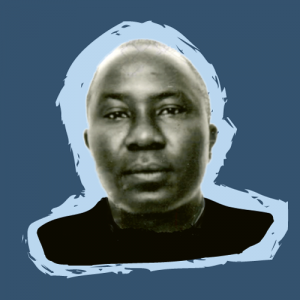 On August 13, 2018, the Mukuza High Court in Bujumbura, sentenced Nestor Nibitanga, a human rights defender and former representative of the Burundian Association for the Protection of Human Rights and Detainees (APRODH) in Central East Burundi, to a five-year prison sentence for “undermining the internal security of the state”. He was accused of continuing to work for APRODH, after the latter was deregistered by Burundian authorities in October 2016, and for having sent reports to the NGO, describing the human rights situation in the central east region of the country.

Nestor Nibitanga was the longtime head of APRODH’s office in Gitega before the NGO was suspended by the government in November 2015 and then deregistered on October 19, 2016. APRODH is one of the major human right organizations in Burundi. As a regional observer of APRODH

APRODH’s regional observer for the central and eastern regions, Nestor Nibitanga’s work included the coordination of field staff and the collection of information on human rights violations in four provinces: Gitega, Cankuzo, Ruyigi and Karuzi. He also conducted visitations to detention centers.

Nibitanga’s arrest follows that of Germain Rukuki, a former member of the Christian Action for the Abolition of Torture in Burundi (ACAT-Burundi), in July 2017.

On November 21, 2017, Nestor Nibitanga was arrested, without a warrant, by police officers at his home, which served as APRODH’s offices in Gitega. Neither was he informed of the reason for his arrest. He was taken to the premises of the National Intelligence Service (SNR) in Gitega, where he remained in detention until November 22, 2017. He was then transferred to the SNR premises in Bujumbura. There, Nestor Nibitanga was interrogated without the presence of a lawyer, in violation of Articles 10 and 95 of the Code of Criminal Procedure and of his right to a fair trial.

Nestor Nibitanga was held at a secret location until December 4, 2017, without any charges being filed against him and without access to his family or to a lawyer. He was then transferred to an official prison in Rumonge, south of Bujumbura.

It took a tweet from the spokesperson of the Burundi national police Pierre Nkurukiye, to find out what Nestor Nkurukiye what Nestor Nibitanga was accused of: “threatening the internal security of the state” after working documents related to APRODH were found at his home.

To congratulate him and support him again, you can write to him:

We will convey your messages