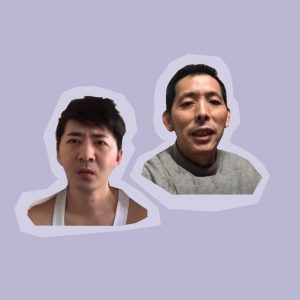 Since February 6, 2020, Chen Qiushi and Fang Bin have been missing, probably arrested and held at a secret location for having wanted to document and publicize life in Wuhan since the outbreak of the coronavirus epidemic.

Chen Qiushi is a human rights lawyer who, confronted with the scale of the coronavirus epidemic, decided to board a train leaving for Wuhan on 23 January just before the city was quarantined. His objective: to bear witness to the reality of the epidemic. He went through the city’s hospitals to report on the chaos. On social networks, he is followed by several hundred thousands of people. In his latest video, which was broadcast live on February 4, Chen Qiushi interviewed a resident of Wuhan whose father had died of the coronavirus. Since 6 February 2020, his relatives have had no news of him and his account on the Weibo social network has been deleted.

Fang Bin is a former businessman and resident of Wuhan. He too had decided to defy the censorship measures put in place by the authorities, in order to ensure full transparency on the crisis affecting his city. His first video reportage was on 25th January. In it, he documents the overcrowding in hospitals and, particularly published images of the bodies of victims, piled up in buses transformed into makeshift hearses. At the beginning of the month, the police came to his home to place him “in quarantine”. He resisted and had some of his electronic equipment confiscated. On 9th February 2020, he was arrested at his home by policemen clad in ordinary attire without any warrant. His relatives have since not been provided with any information regarding him.

Chen Qiushi and Fang Bin are both citizen journalists, which means they do not have official accreditation issued by the authorities and are not attached to any state media. They decided to film what was happening in Wuhan, where the epidemic first started, and post their videos on WeChat (a Chinese e-mail service), YouTube or Twitter. They were documenting the concern and anger of the inhabitants of Wuhan over the handling of the crisis by Chinese authorities, poor patient care, exhausted health workers, forced quarantine, corpses in hospital corridors, etc.  Not many photos circulate in the traditional media which is strictly controlled by the Communist Party. On social media, the government is facing an unusual outcry, being accused of a slow to response to the outbreak of the epidemic while at the same time obstructing freedom of expression. The death of a doctor from Wuhan, Li Wenliang early in the month of February, has also fuelled public outrage. He had been among the first to sound the alarm about the virus but was reprimanded by the police who accused him of spreading rumours.

What can you do ?
PRAY FOR THEM!