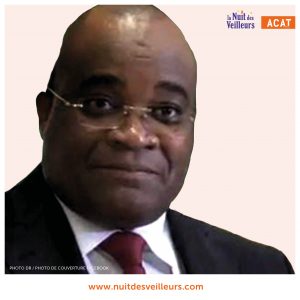 On March 6, 2019, the Criminal Court of Brazzaville sentenced André Okombi Salissa, a presidential candidate in the 2016 general elections, to twenty years of hard labor for “undermining internal security of the state, illegal possession of weapons and weapons and war munitions”. His six lawyers left the courtroom just before the closing arguments as a symbolic act to protest an unfair trial in which the rights of the defense were not respected.

On October 1, 2018, the United Nations Working Group on detention adopted an advisory opinion stating that “the deprivation of liberty of André Okombi Salissa’s freedom” is arbitrary and called for “the immediate release of Mr. Salissa”[1].

André Okombi Salissa, born in 1961, used to be close to President Denis Sassou Nguesso camp. An influential member of the ruling Congolese Labor Party (PCT) and a minister in every government from 1997 to 2012, André Okombi Salissa switched to the opposition when Denis Sassou Nguesso decided to change Congo’s constitution in order to be able to run once again for president to maintain his hold on the country after 34 years in power.

From October 2015 to February 2017, Congolese authorities carried out a massive wave of arbitrary arrests and detentions of opponents who they were exercising their rights to freedom of expression, denouncing the change in the constitution, and refusing to recognize Denis Sassou Nguesso’s victory. After making criticisms concerning the constitutional referendum of October 2015 especially via the foreign media, André Okombi Salissa became an enemy of the regime and was treated as such: from October to December 2015, he was placed under house arrest in Brazzaville by Congolese authorities.

In April 2016, André Okombi Salissa was once again placed under house arrest, after he publicly stated that he did not acknowledge the results of the March 2016 presidential election won by Denis Sassou Nguesso. To protect himself from arbitrary arrest, the opponent decided to go into hiding.

On September 23rd, 2016, several weapons were discovered in a shed located on an unused plot of land belonging to his wife. An investigation was immediately opened citing “the internal security of the state and illegal possession of weapons and and illegal possession of weapons and munitions of war”. In December 2016, a member of Mr. Salissa’s family died from torture following an interrogation. On January 10, 2017, André Okombi Salissa was arrested in a neighborhood north of Brazzaville after six months of hiding.

To support him, To pray for him, To write to him !

In order to write to him:

We will convey your messages.