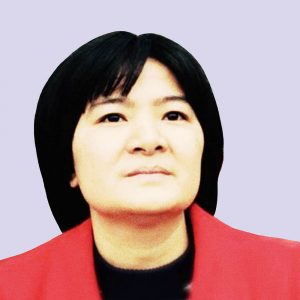 Tran Thi Nga, a defender of human rights, was sentenced to nine years in prison in 2017.   Her incarceration and separation from her two young sons is making her weaker every day.

Coming from a modest family, Nga left her home country to work in Taiwan to provide for the needs of her family.  While in Taiwan, she witnessed many violations of immigrant workers, which influenced her commitment to support human rights.  Back in Vietnam, she fights relentlessly against human trafficking, violence against women, and the expropriation of land.  She also lends her support to imprisoned activists.  As a result of her activities, she was beaten several times by pro-government militants and the police.

Nga was arrested on January 21, 2017 and charged for spreading “propaganda against the socialist government of the Republic of Vietnam.”  During her incarceration, her health deteriorated as a result of her injuries and the bad conditions.  And yet, she has received no medical treatment.  Her lawyer was not allowed to visit her until she had been detained for four months.

On July 25th, 2017, Nga was sentenced to nine years in prison followed by five years of house arrest.  In February 2018, she was transferred to the prison of Gia Trung, more than 1000 km from her family’s home.  She was not allowed to contact her loved ones by telephone until June 2018, 16 months later.  She also revealed that she was beaten by and received death threats from her cellmate, with no action taken by the authorities.  Instead, her family was told that she was subject to sanctions for “disobeying penitentiary rules” and that her visiting rights were suspended.  After months of silence, Nga’s companion was finally authorized to visit her, without her children, on 15th December, 2018.

To write the following words:
« My thoughts are with you and I wish you strength and courage in this ordeal. »

We will forward your messages to her family.