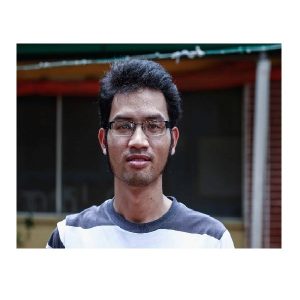 Le Huu Minh Tuan is a journalist and member of the Independent Journalists Association of Vietnam (IJAVN), a civil society organisation established in 2014 that promotes the right to freedom of expression, press freedom and freedom of association. The Independent Journalists Association of Vietnam is not officially recognised by the Vietnamese Communist Party and for this reason it operates online.

As a result, Le Huu Minh Tuan was arrested on 12 June 2020 by police in Ho Chi Minh City, after several months of threats and intimidation by the Public Security Bureau, Vietnam’s domestic intelligence agency. He was detained in deplorable conditions and held incommunicado for several months before being allowed to meet with his lawyer in November 2020.

On 5 January 2021, the Ho Chi Minh City People’s Court found Le Huu Minh Tuan guilty of “anti-state propaganda” under Article 117 of the Vietnamese Criminal Code. At the end of a hearing that lasted less than four hours, he was sentenced to 11 years’ imprisonment, along with two other IJAVN members.

In June 2021, the UN Working Group on Arbitrary Detention found Le Huu Minh Tuan’s detention to be “arbitrary” and called for his immediate release. Following this trial, Le Huu Minh Tuan was the only IJAVN member to appeal.

However, on 28 February 2022, the Ho Chi Minh City Court of Appeal upheld his sentence of eleven years in prison. In addition, Tuan was not allowed to meet with his lawyer before the trial because of the health crisis related to the Covid-19 virus, which is regularly used as a pretext for postponing hearings. He is now serving his sentence in Chi Hoa prison.

ACAT-France calls for the recognition of the arbitrariness of his imprisonment, the illegality of his sentence and his immediate release.

WRITE TO SHOW HIM YOUR SUPPORT!