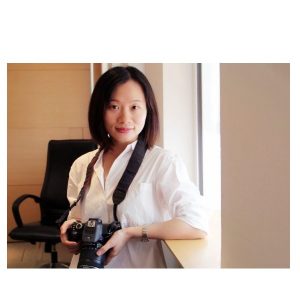 On 19 September 2021, journalist Huang Xueqin was abducted by police as she was about to travel to the UK the following day to continue her studies. She was charged with “inciting subversion of state power” following numerous private gatherings she attended at the home of another journalist and activist who was also abducted, Wang Jianbing.

Huang Xueqin had previously been arrested on 17 October 2019 by Guangzhou police. She was accused of “picking quarrels and causing trouble” for writing articles on her blog related to the protests that took place in Hong Kong in June 2019. However, it appears that it was her several years of fighting for the cause of women in mainland China that bothered the authorities.

Indeed, from the end of 2017, Huang Xueqin was one of the instigators of the #MeToo movement in China, denouncing the harassment suffered by women journalists. In its wake, hundreds of women had given their testimonies of sexual harassment or assault on the Chinese web. Despite the online censorship of #MeToo by the Chinese authorities and a traditional patriarchal culture that is still strong in China, the movement has tarnished the image of prominent men – professors, TV presenters and religious leaders.

Following her first arrest, she was released on bail on 17 January 2020.

Since her last arrest on 19 September 2021, Huang Xueqin has remained in Guangzhou no. 2 Detention Centre. So far, she has not been able to receive visits from lawyers and her family has not received any information about the charges against her. Moreover, her physical and mental health remains unknown.

PRAY FOR HER RELEASE!

WRITE TO SHOW HER YOUR SUPPORT!

Address to write to :