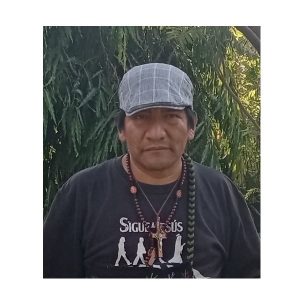 A member of the Maya tsotsil ethnic group, Marcelo Pérez is a defender of the rights of the indigenous peoples of Chiapas, Mexico. Non-violent and committed to ecumenism, he tries to establish a dialogue of peace and reconciliation in a state plagued by large-scale development projects (dams, mines, highways), corruption, trafficking (drugs, arms, prostitution), state violence and illegal armed groups. On several occasions, he has mobilized thousands of demonstrators against crime or for the right to a healthy environment. A great listener and unifier, Father Marcelo has become a nuisance to some. He is now one of the most threatened people in Mexico. He regularly receives death threats and his vehicle has been sabotaged on numerous occasions. In addition to these attacks, slander and libel are launched against him in the media, on social networks, by political figures, making him appear corrupt and on the payroll of criminal groups. He has had to endure terrible harassment.

Between January and April 2022, Father Marcelo was the victim of 27 incidents: defamation, intimidation, sabotage of his car, surveillance, wiretapping and death threats. None of these has been investigated or prosecuted. In 2015, the Inter-American Commission on Human Rights has ordered the Mexican state to take measures for his protection. However, the measures taken to date remain largely insufficient and raise doubts about a real political will to protect him. The system of surveillance cameras that was supposed to be put in place since last October, has still not been installed. His emergency beeper has not been working for months and, despite multiple complaints, he has not been provided with a new beeper.

Finally, the attacks against the priest are still not being investigated impartially and independently. Impunity continues to reign. Because of the risks he still faces, Father Marcelo appealed to the European Union’s Emergency Fund, which agreed to help him purchase security equipment and improve his digital security.