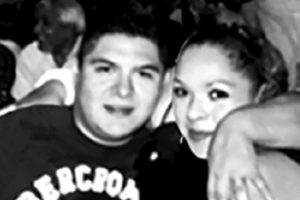 For almost 11 years, Erick Iván and Verónica Razo Casales have been in prison without trial, based solely on confessions extracted under torture, even though they continue to profess their innocence.

On June 8, 2011, Erick and Verónica had been violently arrested by federal police in plain attire without an arrest warrant. Accused without evidence, the brother and sister were tortured in an attempt to extract a confession. They were both beaten, electrocuted in the genitals, subjected to simulated drowning, and Verónica was subjected to sexual abuse, including rape. Two days later, without being accompanied by a lawyer, they were forced to sign a statement in which they declared themselves guilty of two heinous kidnappings.

Since 2011, Erick and Verónica have been incarcerated without any trial having been initiated against them. Despite the seriousness of the acts of torture committed against them and the serious after-effects they suffer, Verónica and Erick do not receive – or only very occasionally – the care their health requires.

Several organizations have confirmed the reality of the violations suffered by the brother and sister and have asked the Mexican authorities to release them, without result to date. When he was elected, President Lopez Obrador promised that prisoners who had confessed under torture would be freed.

Once again without result for them. More recently, on July 29, 2021, the Working Group on Arbitrary Detention adopted an opinion in which they qualified the detention of the Razos as an arbitrary deprivation of liberty in violation of international law and demanded their immediate release. They also call for their right to redress to be respected and for a full and independent investigation to be conducted.

At the beginning of February 2022, one of their torturers, Porfirio Javier Sánchez, head of the Federal Police in Mexico City, was arrested on charges of torture and fabrication of false evidence. This arrest represents a first step towards ending impunity. It is the result of an investigation opened in 2016, related in particular to his alleged involvement in the acts of torture committed against Erick and Verónica. However, Erick and Veronica remain unjustly detained.

PRAY FOR THEIR LIBERATION!

WRITE TO SHOW YOUR SUPPORT FOR THEM!