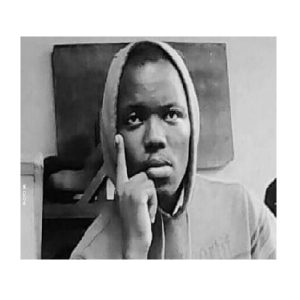 Tsi Conrad is a 35-year-old journalist living in Bamenda, a city in the North West region of Cameroon. As part of his work, he reported on the first protest demonstrations by English-speaking populations in October 2016 and the subsequent repression by law enforcement. He distributed images of these repressions to media outlets, journalists and posted them on his personal accounts in various social media. On several occasions, he was threatened with arrest by police officers when he filmed the crackdown on demonstrations. Finally, on 8 December 2016, Tsi Conrad was arrested at gunpoint by the military while filming another protest during which police fired live ammunition. His camera was destroyed and he was taken to a police station in Bamenda.

During his interrogation, he was threatened with death because he refused to give his access codes to the social media accounts he had and to give the names of journalists and media outlets to which he had provided footage. He was then beaten with belts and sticks on the soles of his feet. Under torture, he signed a confession that he was one of the leaders of the “secessionist demonstration” and that he had been paid by a leader of this movement to collect and publish photos. He was then transferred to the premises of the Directorate of Homeland Surveillance. For a period of two weeks, he was held at a secret location and regularly questioned about the images taken during the demonstrations.

On 23 December 2016, he was transferred to the Yaoundé Central Prison, where he is still detained to this day. His trial was held from November 2017 to May 2018 before the Yaoundé Military Court. He did not have unrestricted access to his lawyer throughout the proceedings. On the rare occasions when his lawyer was able to visit him in prison, they were guarded by officers and never had more than 15 minutes to talk. The trial has been adjourned more than 16 times and Tsi Conrad’s lawyer has not received prosecution documents or been able to call witnesses in his client’s defence.

On 25 May 2018, Tsi Conrad was convicted of “hostilities to the homeland, secession, spreading false information, revolution, insurrection, insulting public bodies and officials, resistance, terrorism” on the basis of Law No. 2014/028 of 23 December 2014 on the repression of acts of terrorism. He was sentenced to 15 years in prison. His lawyer filed an appeal on 23 May 2018. This appeal has still not been considered. On 5 May 2021, the UN Working Group on Arbitrary Detention adopted Opinion No. 10/2021 in which it stated that “the denial of Tsi Conrad’s liberty is arbitrary” and called on the Cameroonian government to “release him immediately”.